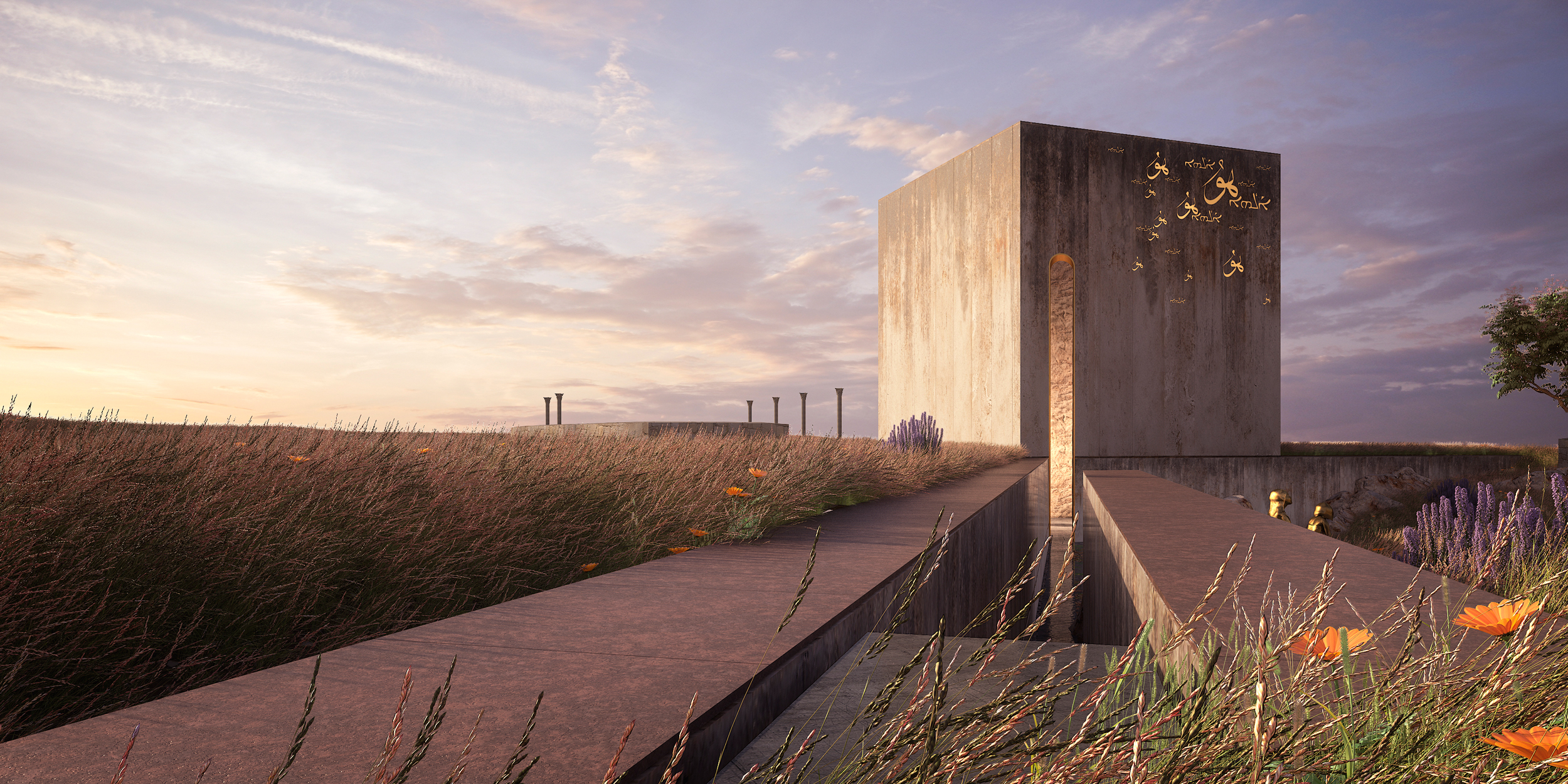 Beit HUA
On the shore of the first Phoenician alphabet where the apostles of our civilization sailed with letters engraved on God's cedar, and among the archive of our history that remains today, which stores our cultural heritage and embraces our artistic product and religious diversity. On the beach of Tyre and between the old city ruins Beit HUA is located.
The Lebanese community has experienced many crises during which the cultural and religious rift between its people began, beginning with the frequent civil wars that took on a sharp sectarian character in which Lebanese people fought and killed each other according to a complex mixture of religion and politics. These wars ended with an agreement that divides the and produced sectarian political crises which hardly sleeps.
Beit HUA is a public urban project that aims to show that worshiping the one loving God to elevate human self to its perfection and give up the inferiority of evil is the common denominator of all of us. The pursuit of salvation ourselves and its union with its creator is a common goal.
Beit is a perfect cube facing the four orientations of the earth, with a semi-circular space of natural rock in the middle, the circle that has no direction symbolizes the everlasting eternal Creator, and its fractured rock walls represent our relationship with God. The inner void is completely isolated from the outside and only open to the sky where we do not realize the breadth of space and the limit of the Creator. The wall is splitted in two directions: The first split faces the eastward direction exactly where the sun of Christ lit up on the altars of the churches and the second towards the Qiblah where Muhammad prostrated to his Creator.
Beit entrance is a narrow door on the axis that runs between the east and the Qibla directions.

Biet blends in with its natural and archaeological surroundings in terms of architectural mass and materials used, the exterior facades are aged tumbled travertine with bronze Arabic and Syriac calligraphy. 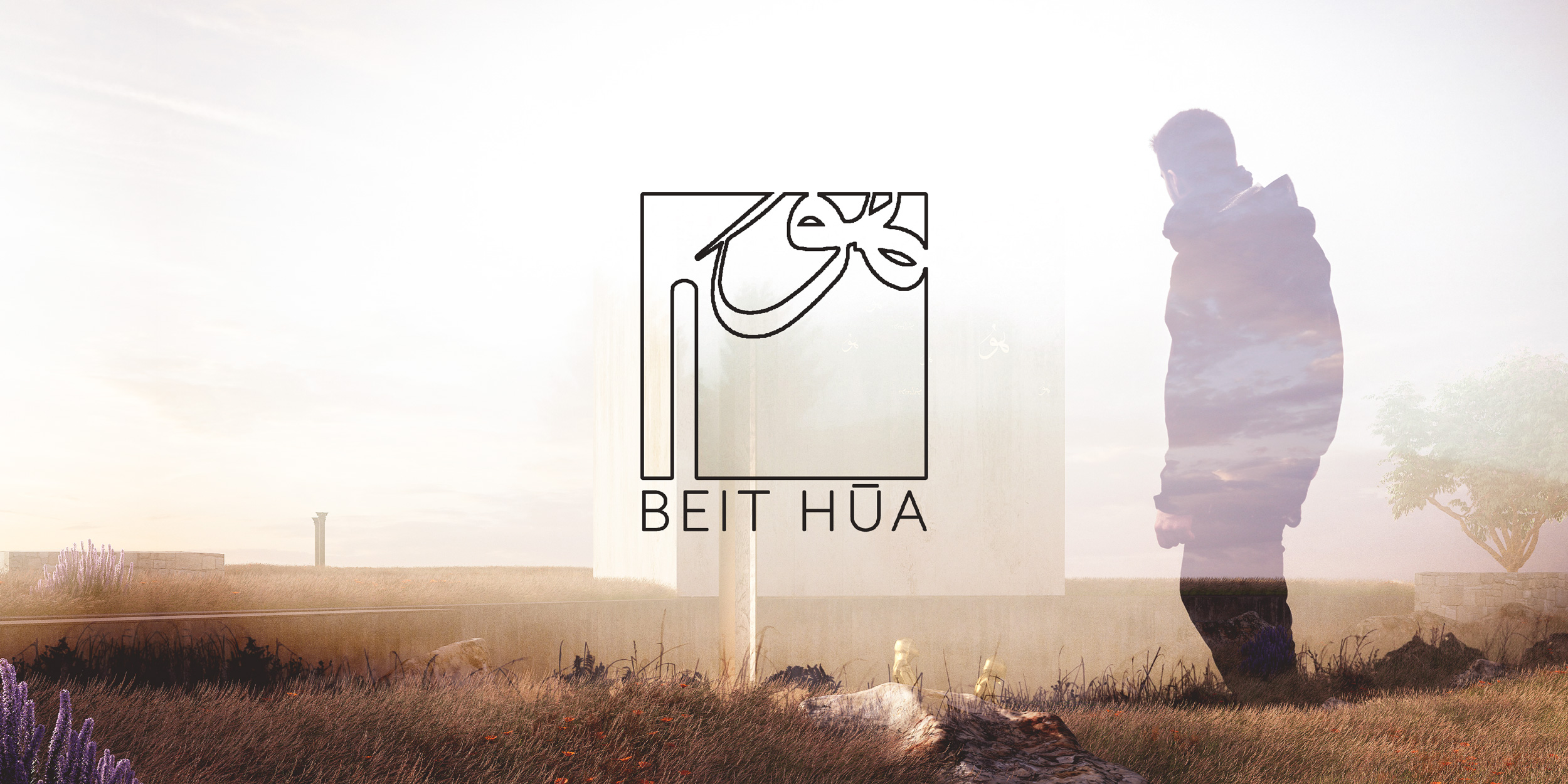 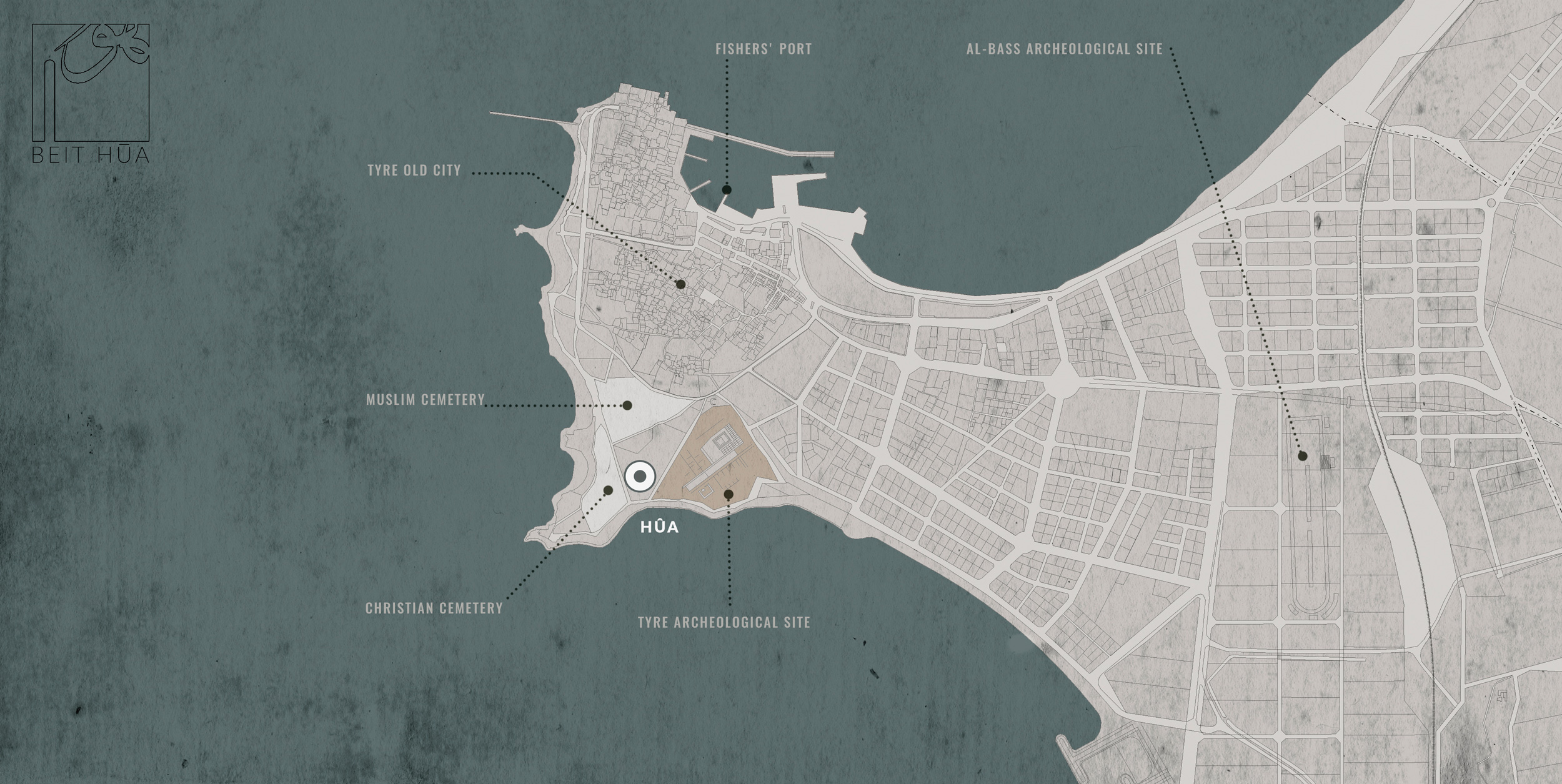 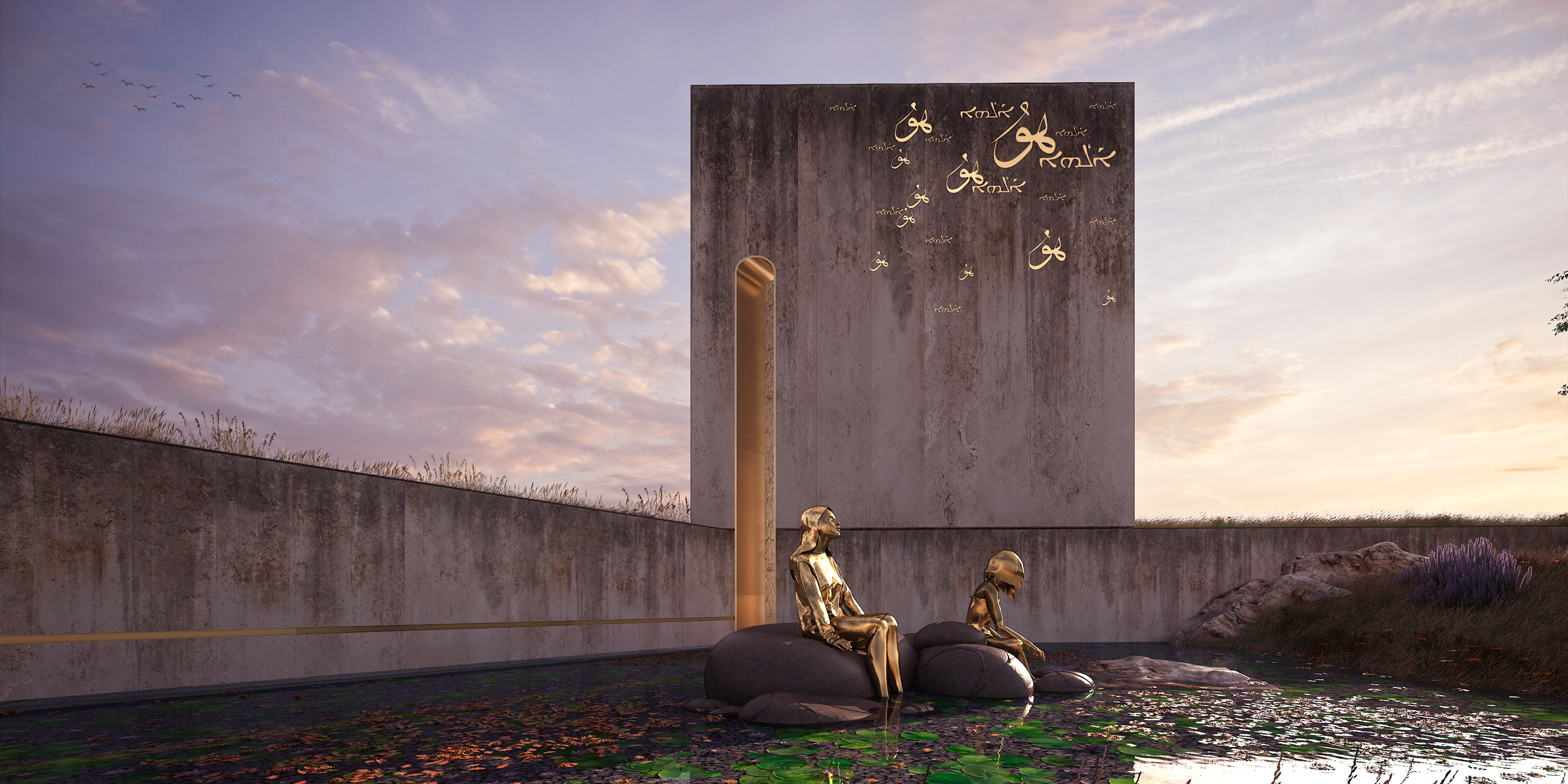 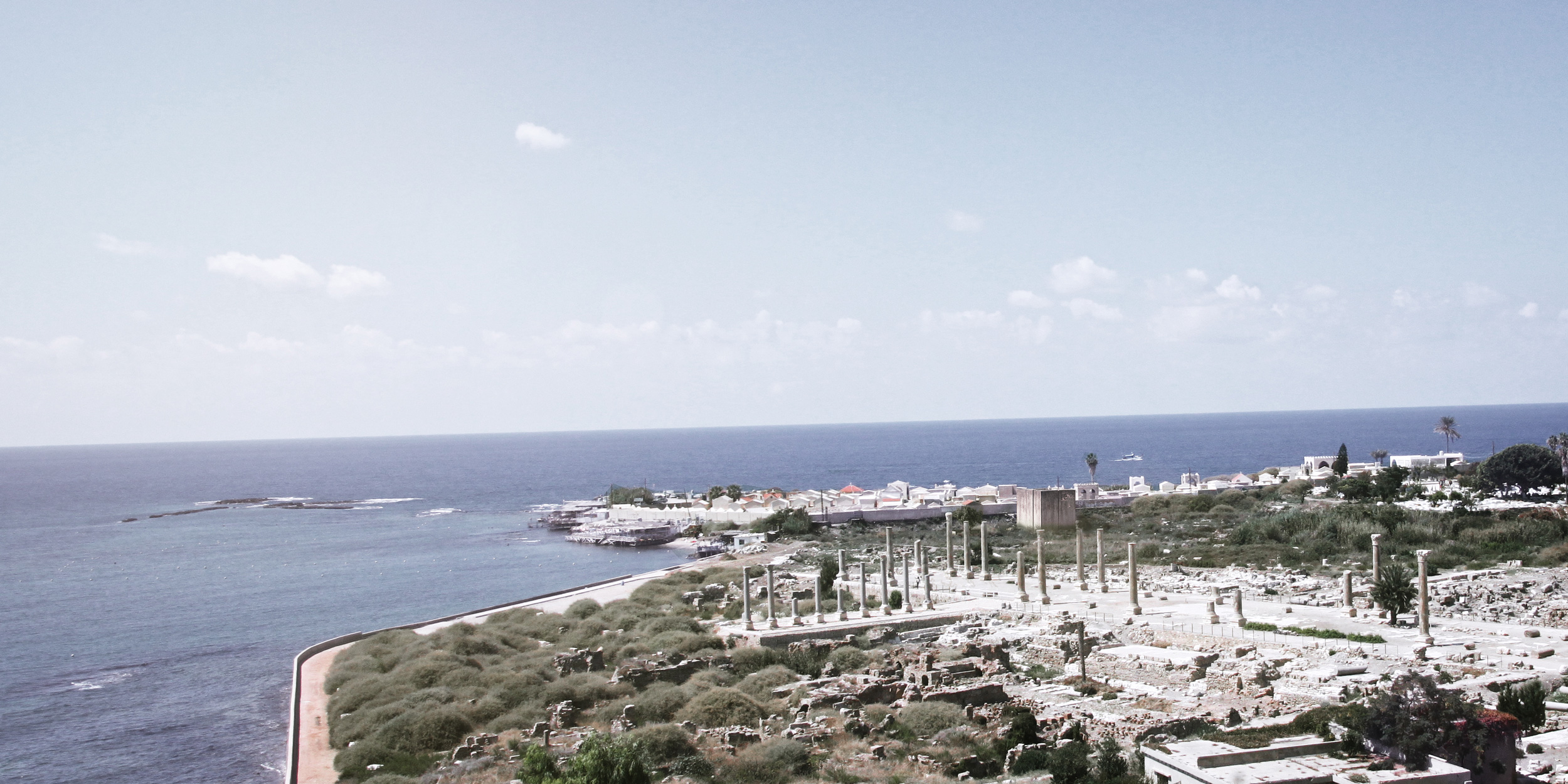 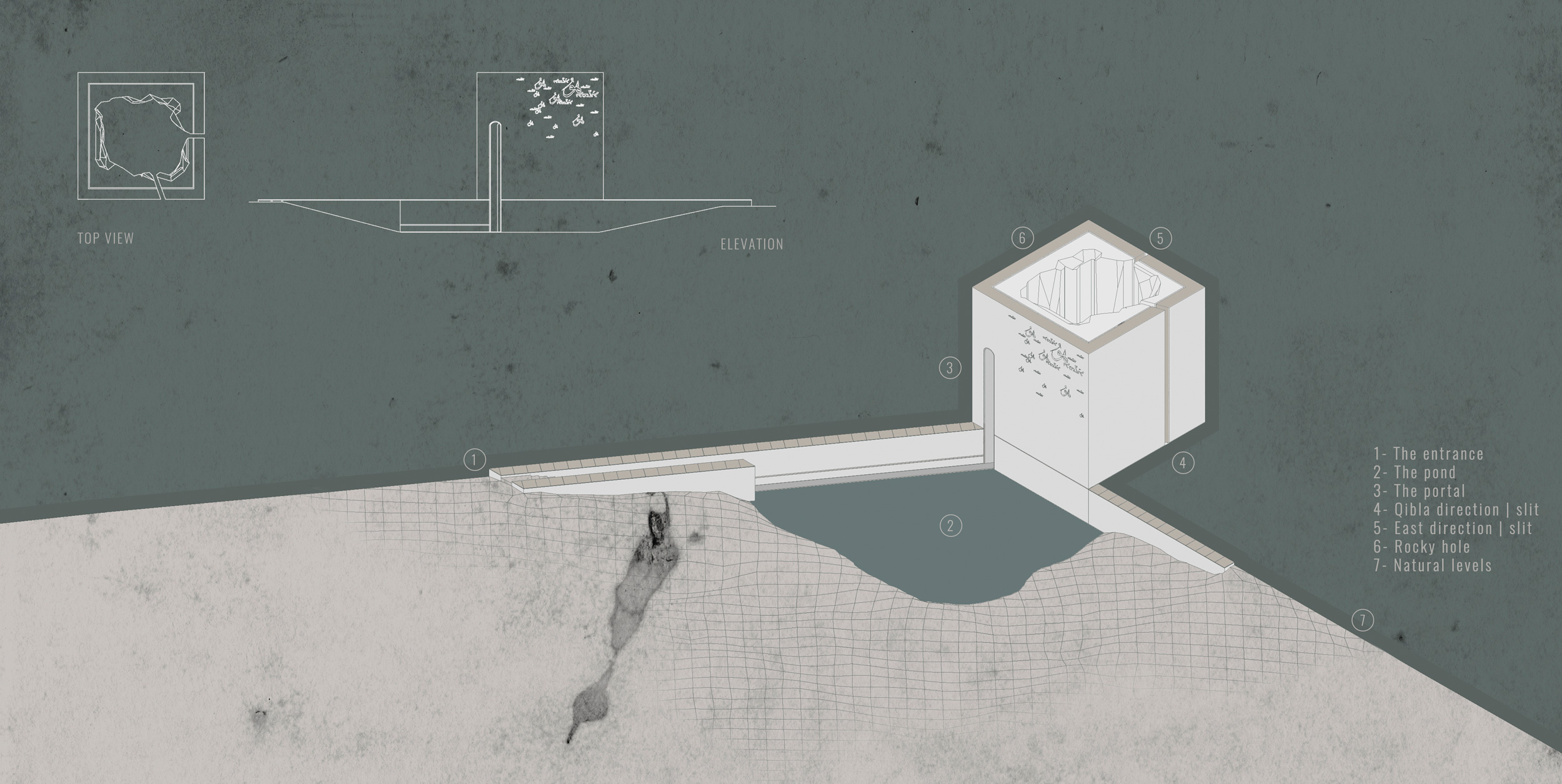 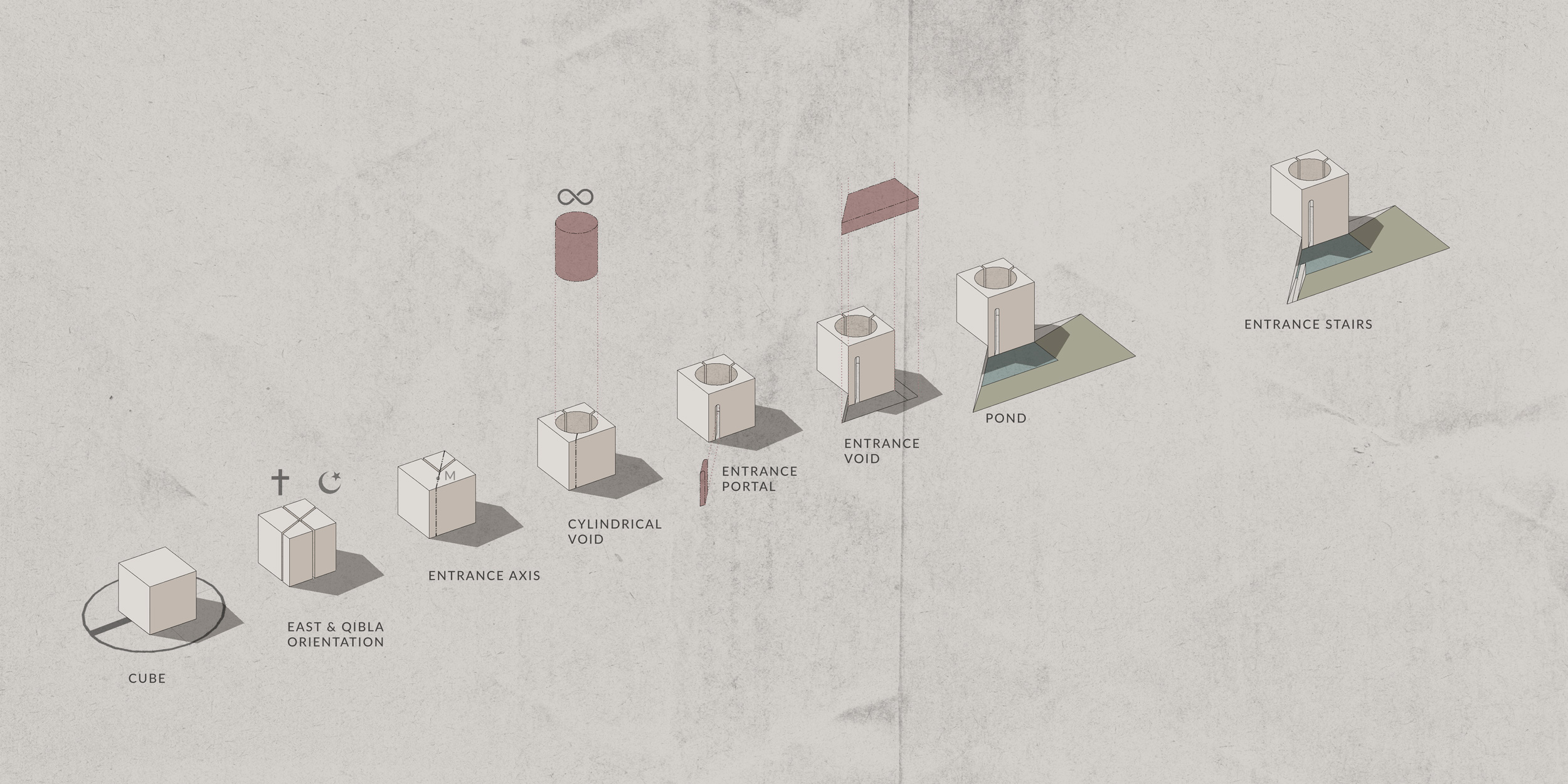 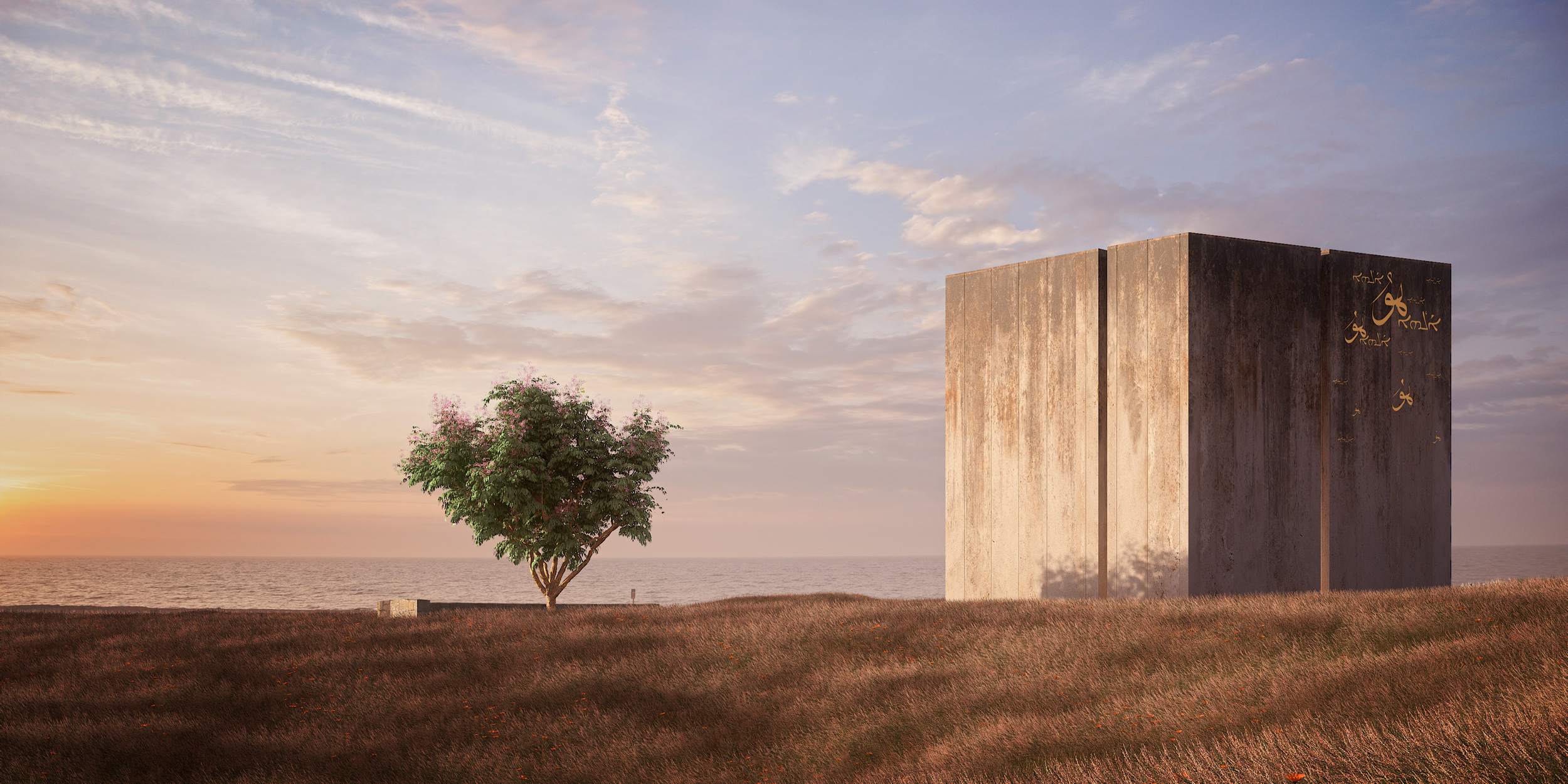 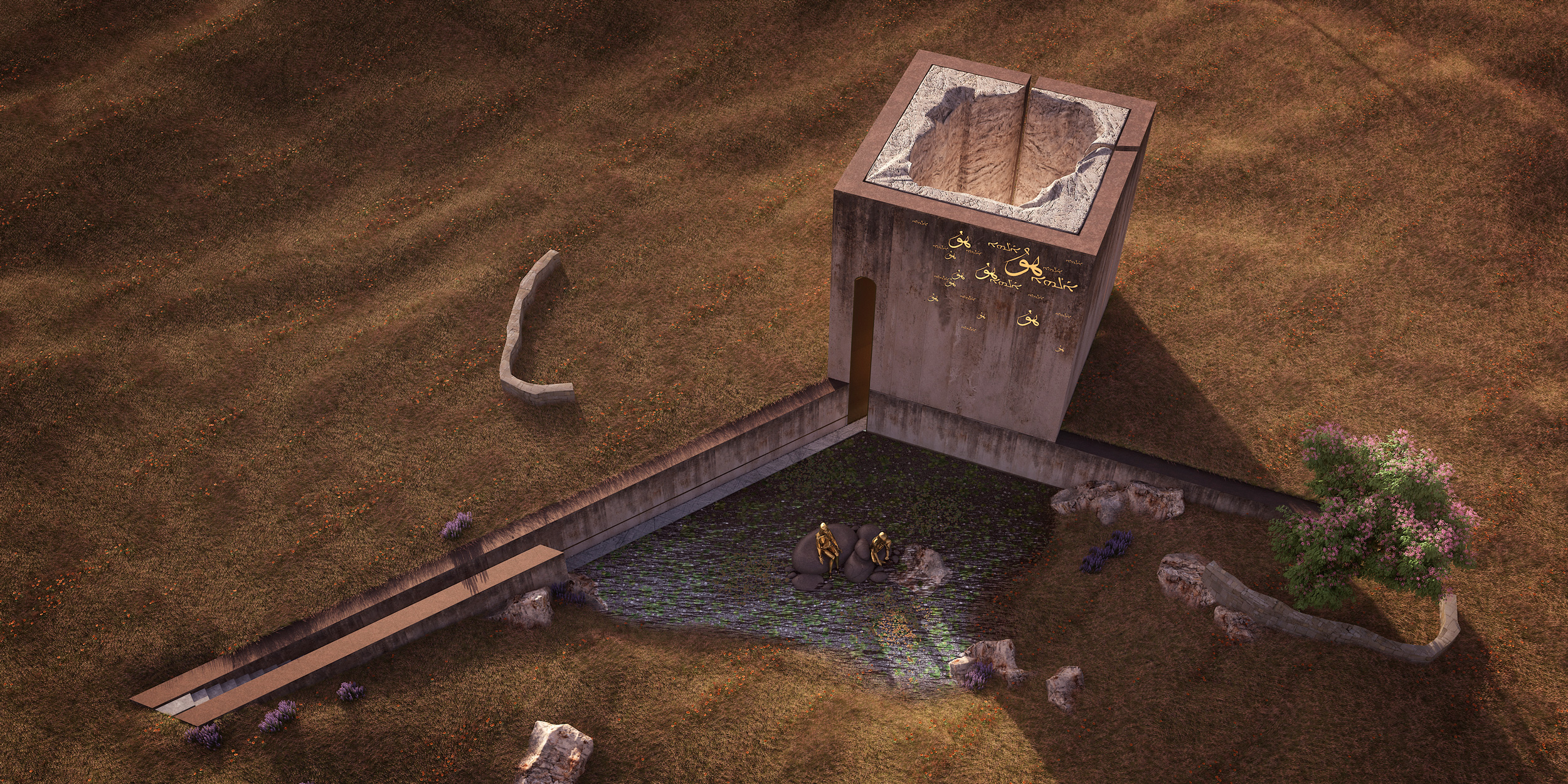 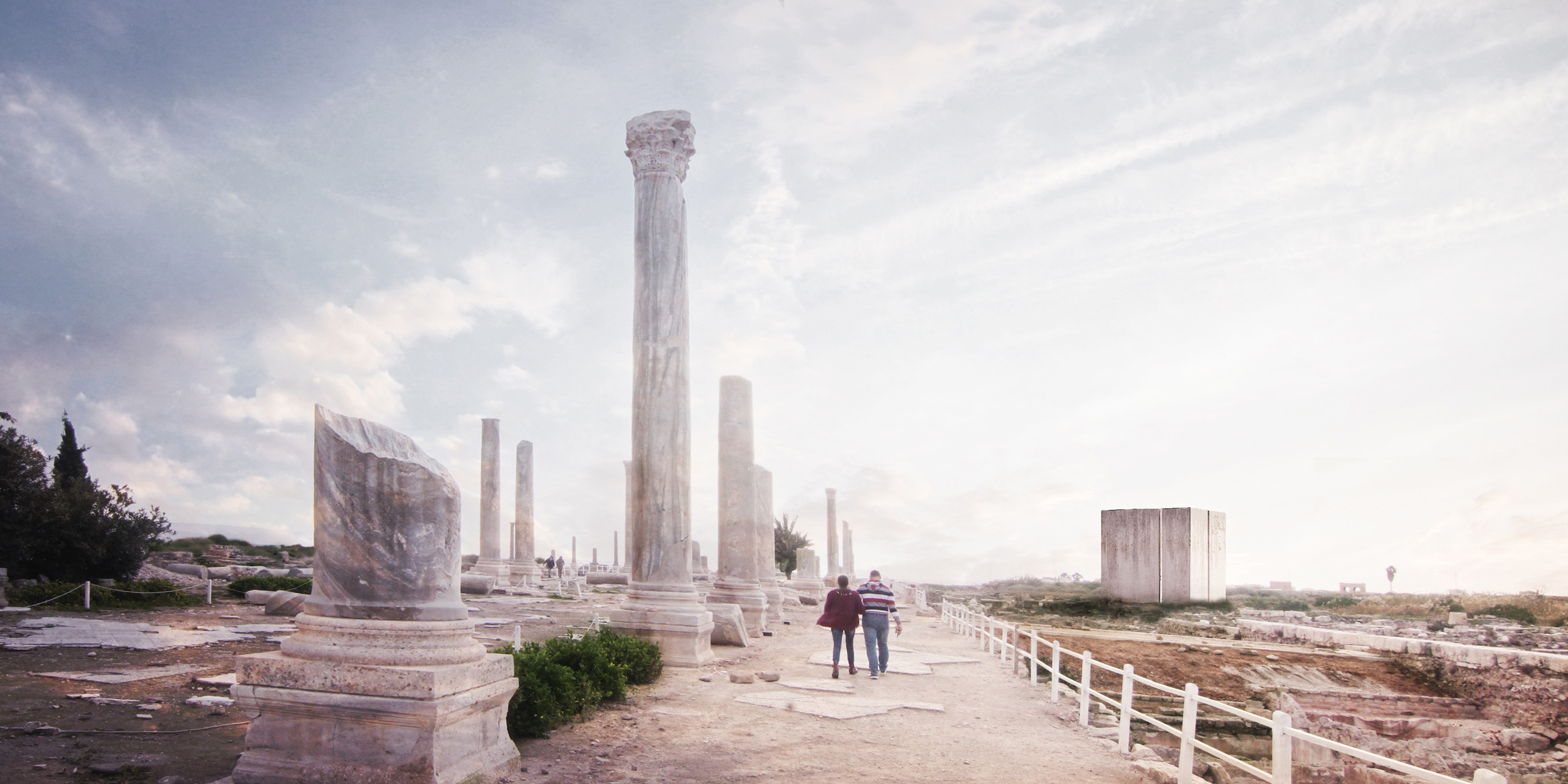 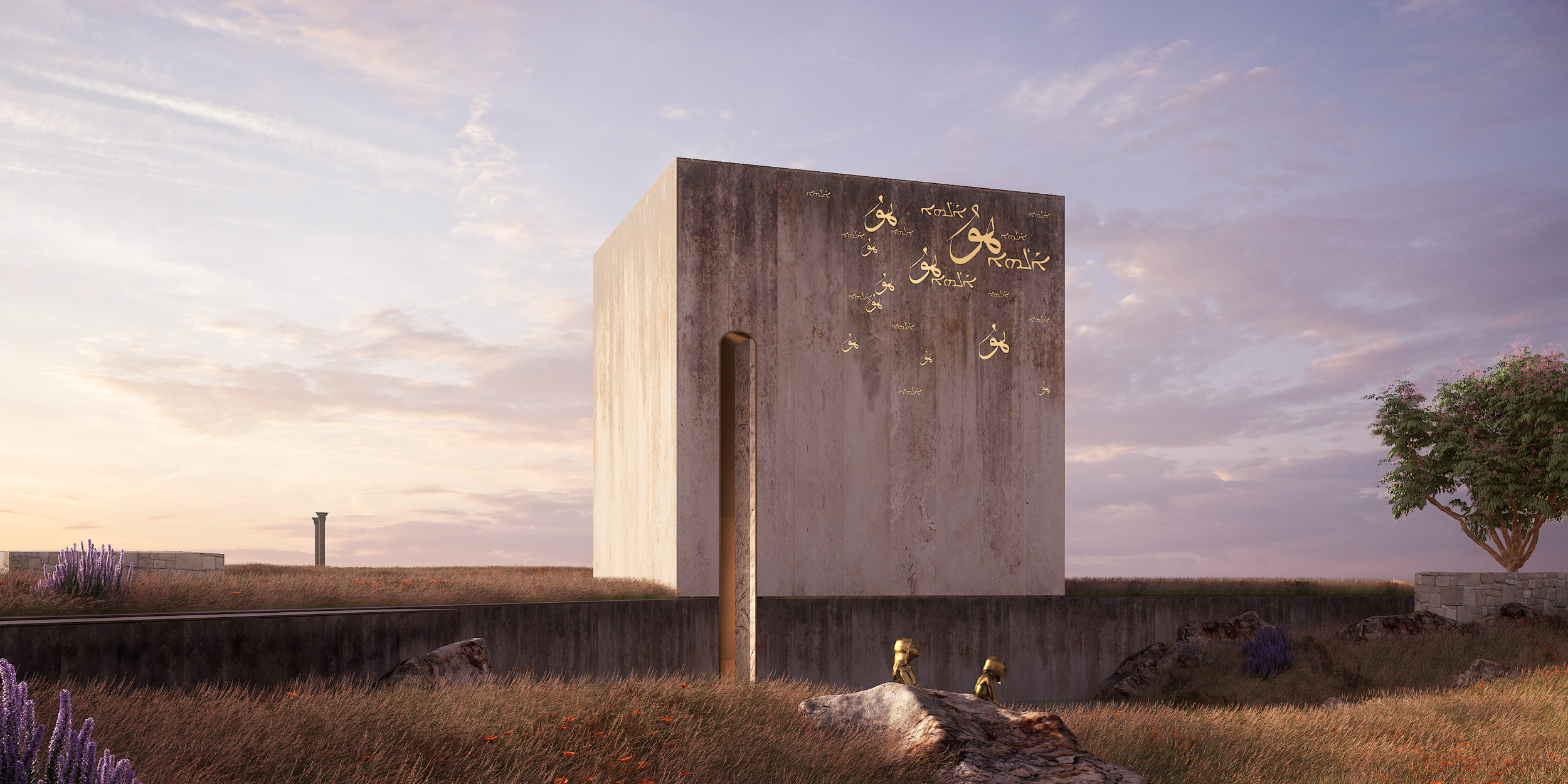 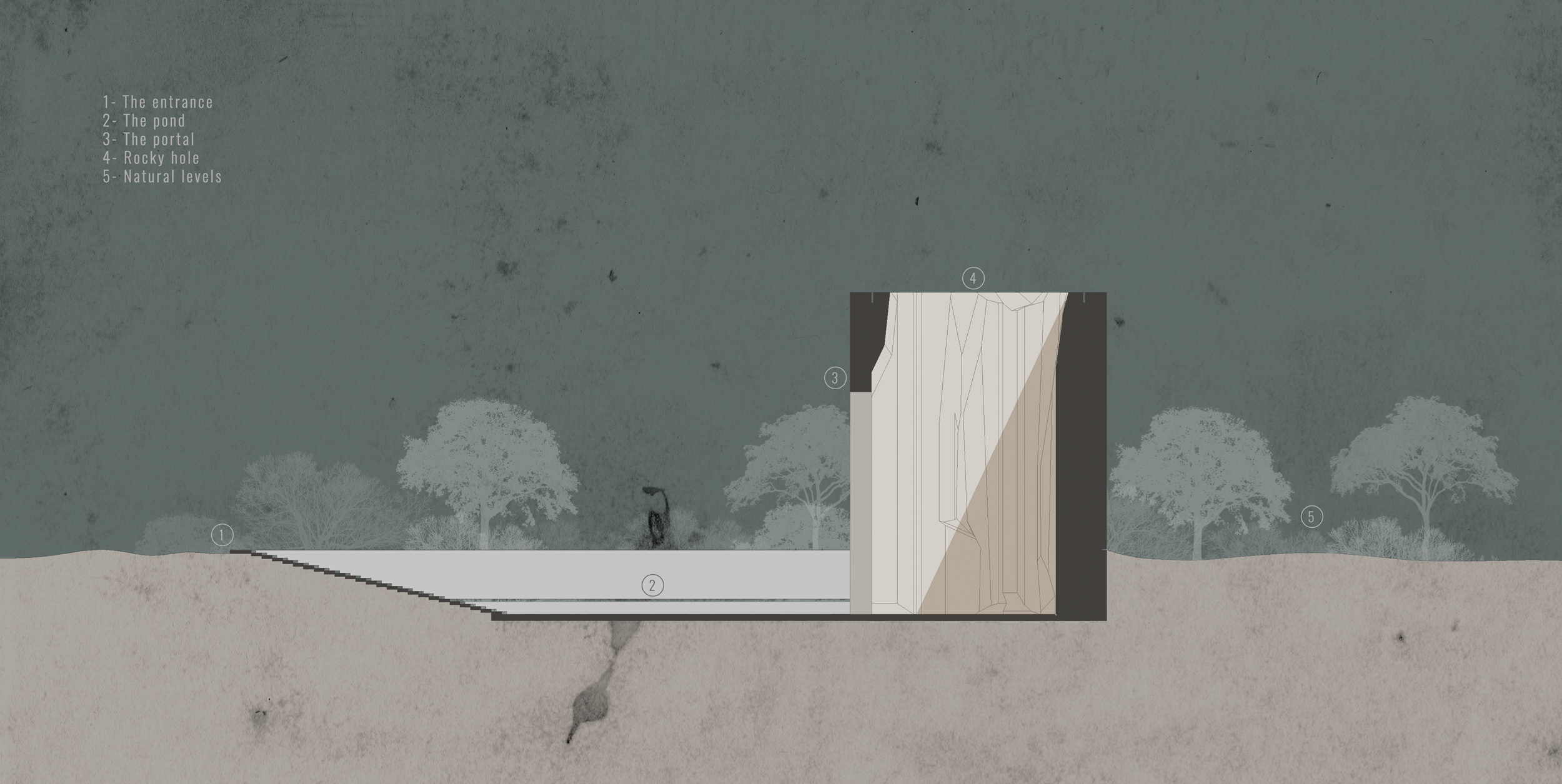