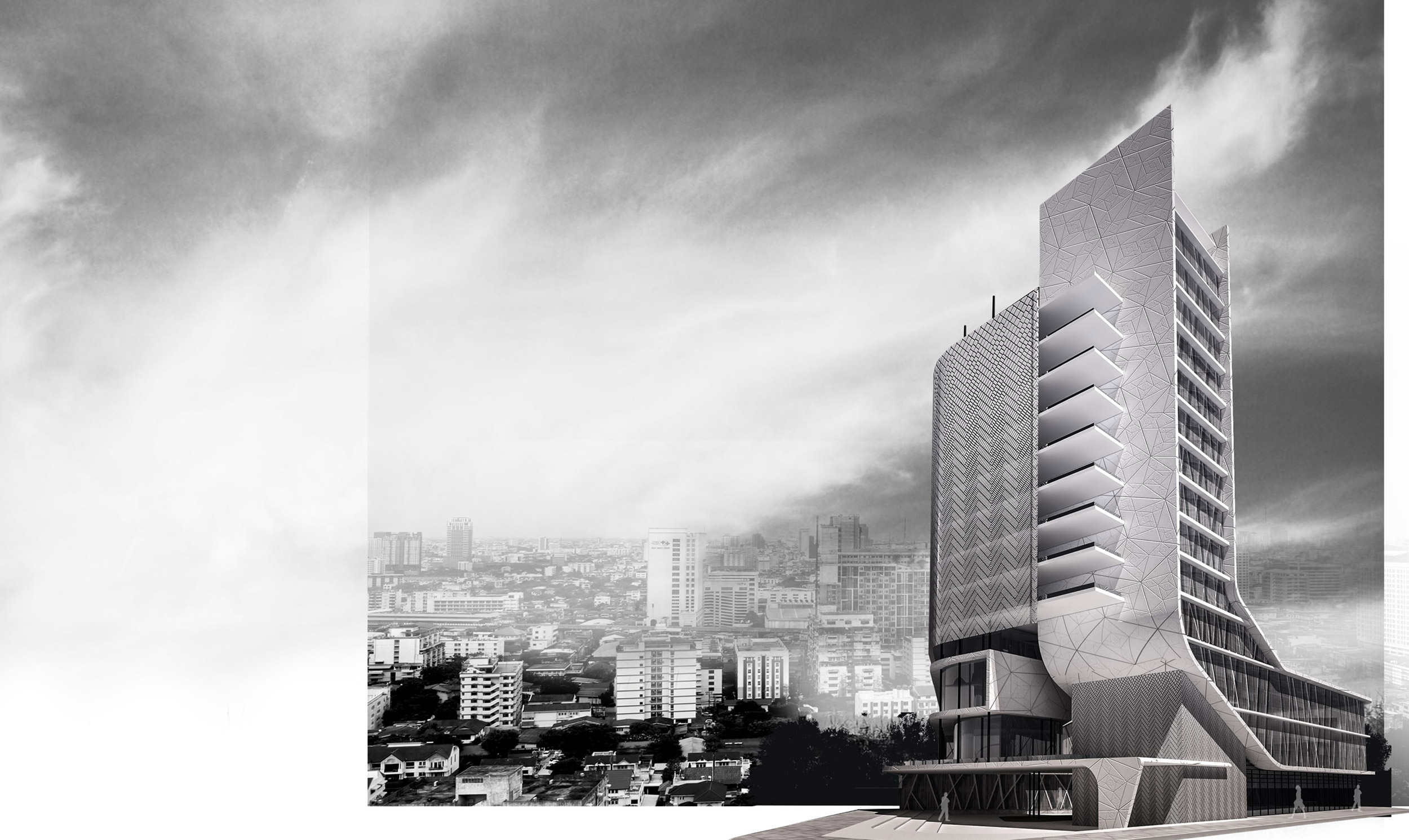 Araya witnessed clear a demographic growth and an urban expansion at its borders. Social and economic needs changed resulting in development at the level of the language and the adopted architectural methods.

The project is located at Beirut â€“ Damascus international road. It came to meet the need of the region to an administrative building and offices, including commercial space, cafe, and restaurants.

The irregular form of the land and its existence on crossroads imposed a solution in design. The engineer resorted to creating an approach, i.e. an open space that welcomes a visitor before his/her entrance to the project and that presents, at the same time, a semi-public space for the quarter.

The horizontal projection of the project is in harmony with the land. Its lines were launched from the land, as well as the volume that combined between complexity and simplicity in design.

Functions were distributed in an organized way: the commercial section is at the podium, while offices were vertically distributed on the project. They were raised at the podium from the third floor to the 15th floor.

Glass dominates over facades from the northern side to allow the entrance of the biggest amount of light and to increase the relation of inner spaces with the outer ones; while at the eastern and southern sides, an architectural skin was used to control light and heat and to give the building an extraordinary identity. 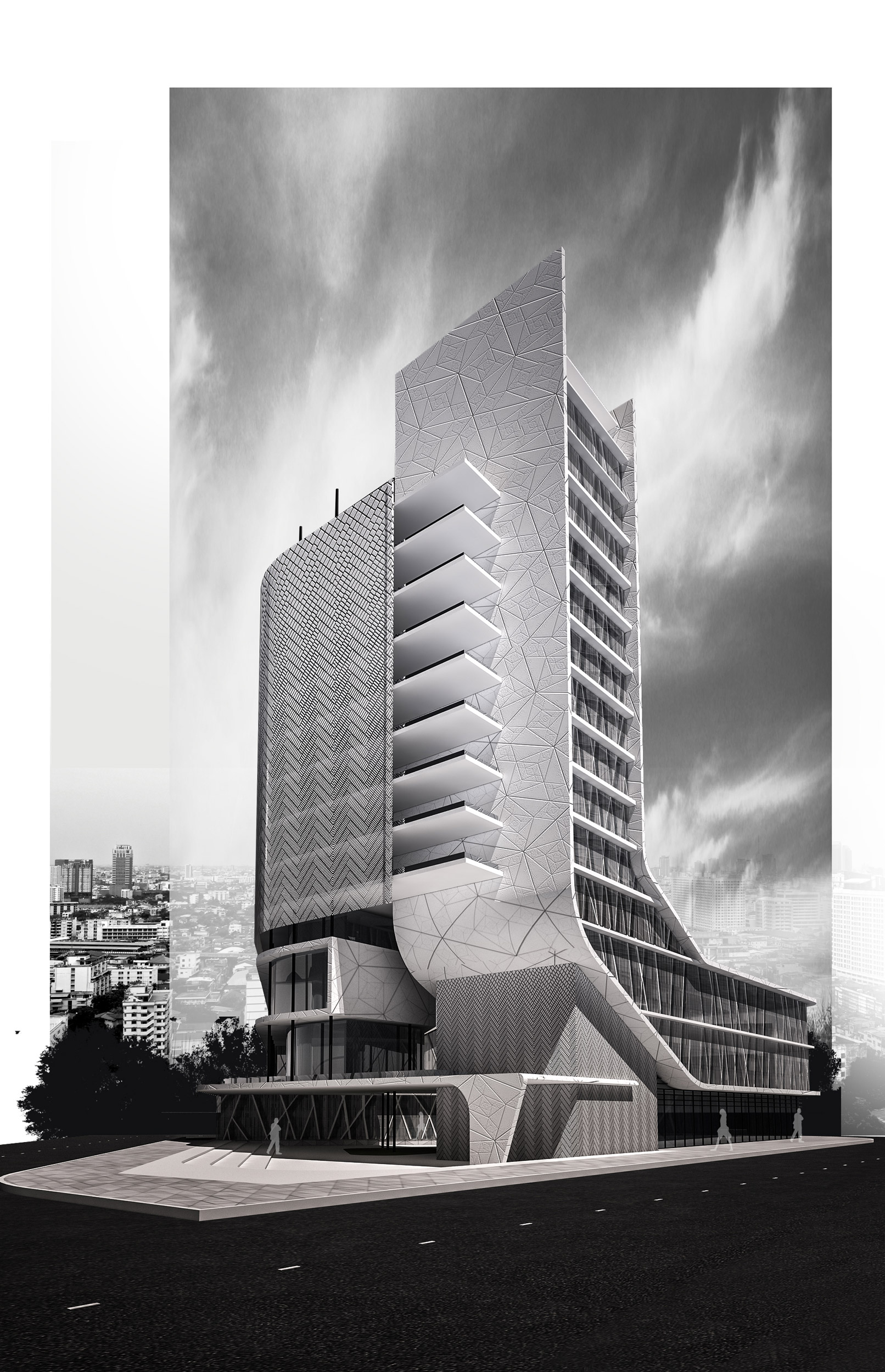 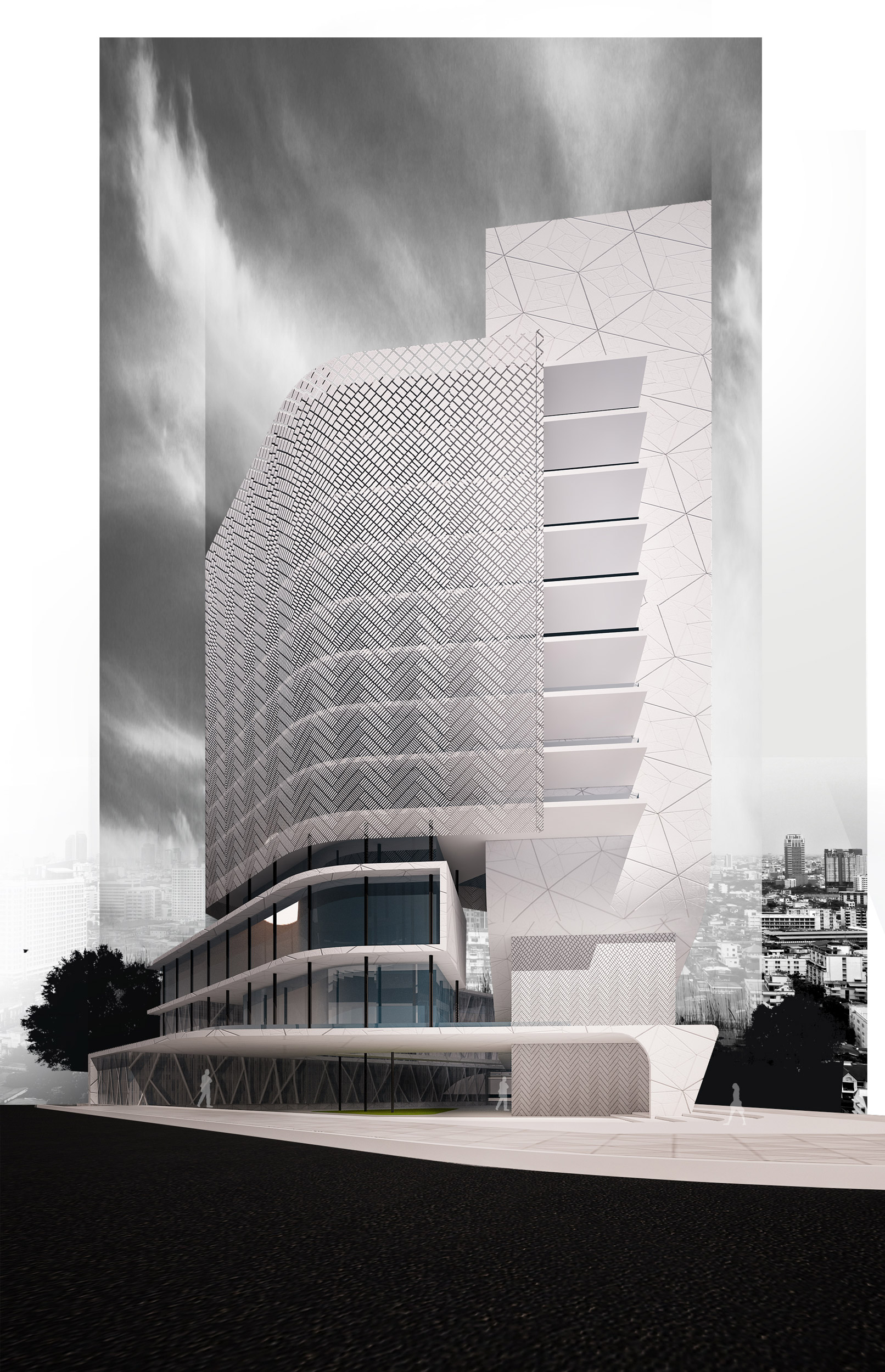 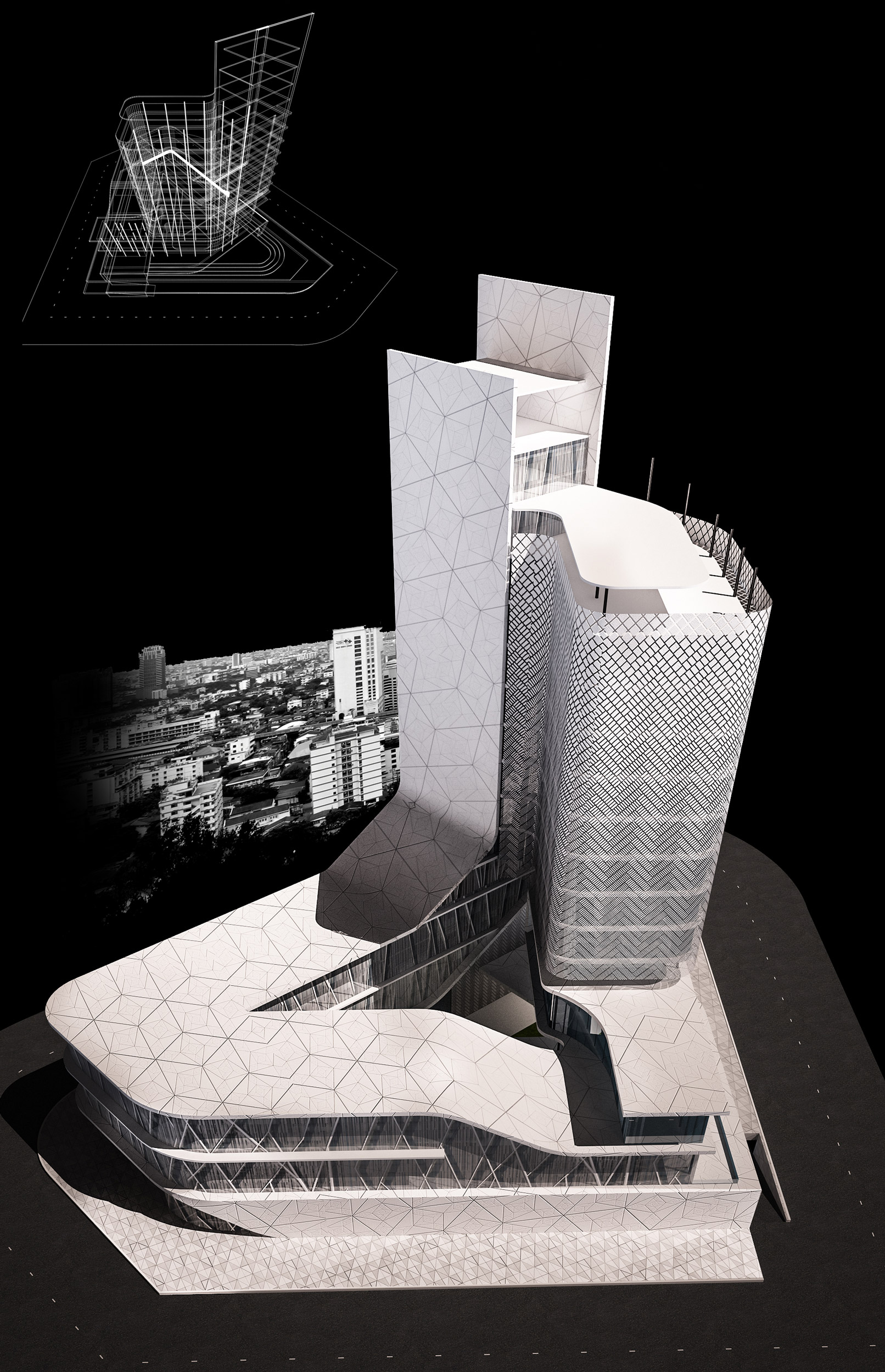